The Greek Isles. You just can’t describe them without using the word wow. Although we would have loved to visit every single one, we settled on the most well-known, popular and naturally the most expensive islands of Mykonos and Santorini.

Arriving in Mykonos after an early 6am flight from Rome, we made our way to our Airbnb where we had the most amazing view of Mykonos Town. It only made us want to explore the town even more. With a million souvenirs to peruse and even more winding alleyways that were way too easy to get lost in, we finally made our way back to our room for a well-deserved extremely long nap.

After our siesta, it was food time, where we headed to the popular Souvlaki Story for some very good gyros. We then had one of the most expensive cocktails in existence in Little Venice but with a spectacular view of the famous Windmills of Kato Mili. I suppose they were worth it as we ventured back to the same spot the following night.

The next day was our adventure day. Hiring what we soon discovered was one of the slower quad bikes and accompanying helmets (safety first people) we proceeded to beach hop around the entire island. We took a quick dip at Agios Stefanos Beach then ventured to Ftelia where it wasn’t too safe at the time to swim. We had a great time at Lia Beach (I’ll forgive them on the spelling) although by this point it was very windy.

We went off the beaten track to Merchias Beach where it was a little too rough so we swam at Elia Beach. We decided to not spend 30 euros to have a sun bed where waiters serve you (luxury resort vibes here) so we had lunch up at the restaurant with a nice view of the water and people trying out the available water sports on offer. By this point I realised that while I was putting a lot of sunscreen on my shoulders and face, my legs weren’tgetting the same treatment and lobster legged Leah started to emerge. Note to self: lather the sunscreen everywhere or wear clothes everywhere.

We ended our self-guided tour of Mykonos by visiting party beach Paradise Beach which was packed by people much younger, more tanned and more intoxicated than us. We realised this was not our scene (girls trip definitely) so we headed to the windmills for a spectacular sunset, some more gyros and a cocktail (not plural, again very pricey). Our last night in Mykonos was surely one for the postcards.

The next day we got a ferry to Santorini. We soon discovered that arriving one hour and 30 minutes late is a regular occurrence for Greek ferries. Greeted by our generous Airbnb host, we checked in to our fab accommodation in Mesaria complete with pool and a jacuzzi literally next to the bed!

Hiring a more high-powered quad, we rode to Red Beach for the inevitable insta shot before heading to Oia for the infamous sunset. Instead of finding a spot on a wall along with every other tourist, we ventured further through the white and blue saturated streets to find a restaurant called Ochre. Uninterrupted romantic sunset views while sipping on a drink? Santorini was fast becoming the favourite between the two islands.

With the quad bike paid until the next afternoon, we rode back to scenic Oia to take it all in during daylight hours. Buying a few too many goodies (plane luggage weight limits were no longer a problem), we enjoyed the freedom of riding around until we reached Kamari Beach for a swim and some lunch at one of the many restaurants that line the coastline there. We had certainly reached the relaxing part of our holiday. With only Athens left on our itinerary, we spent the time at dinner reflecting on the many memories we had created and the new friends we made along the way.

Some holiday inspo below. 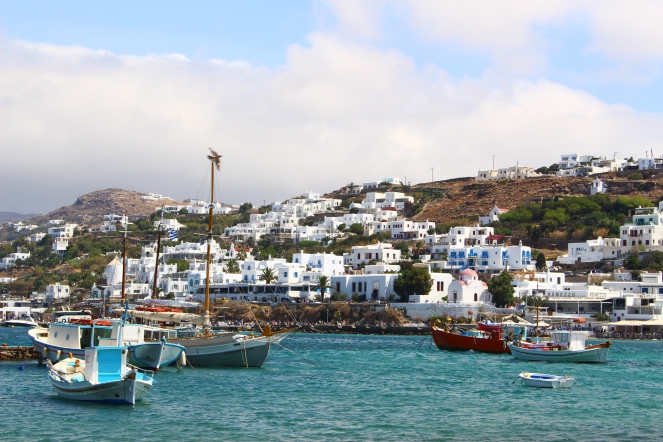 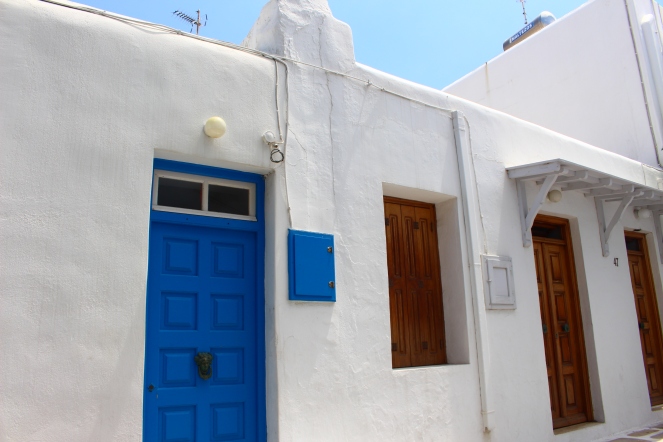 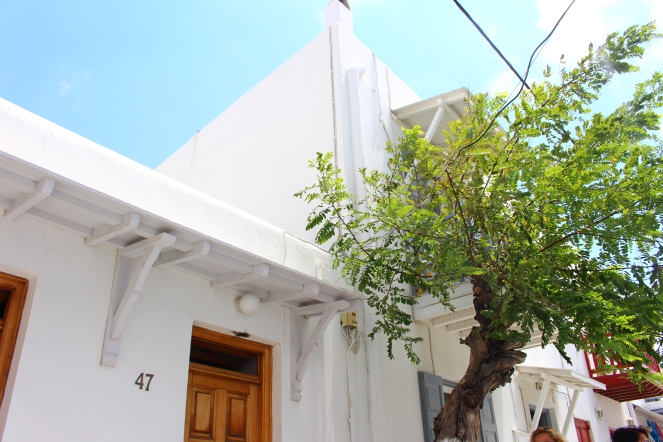 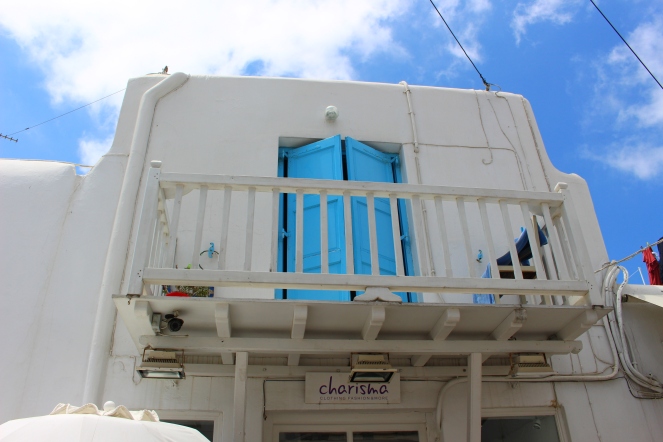 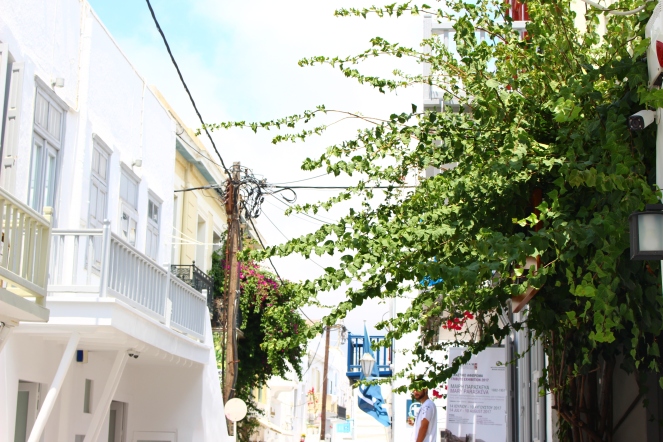 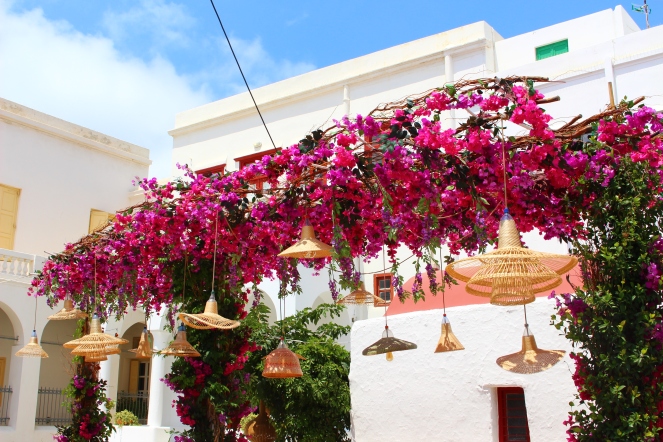 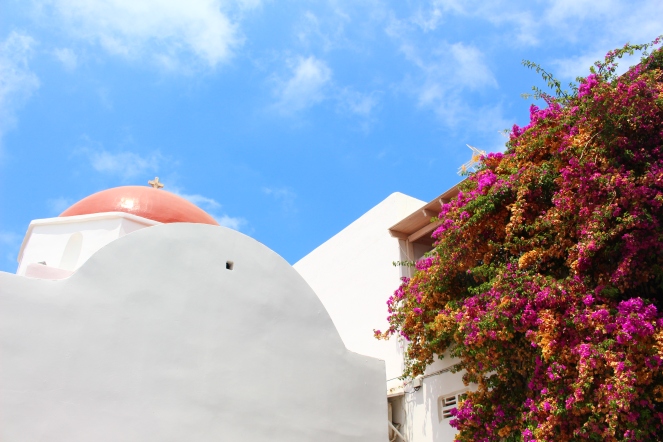 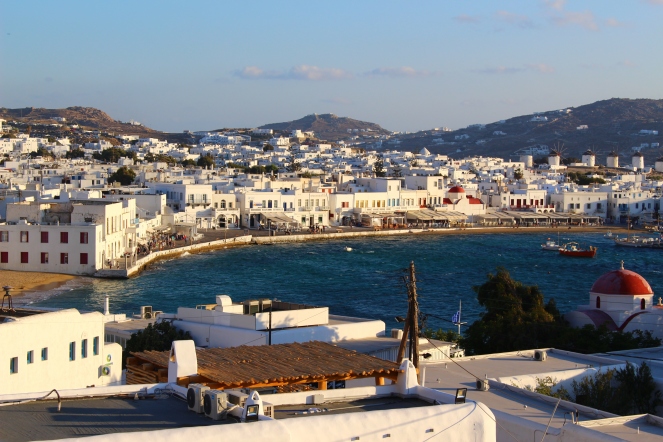 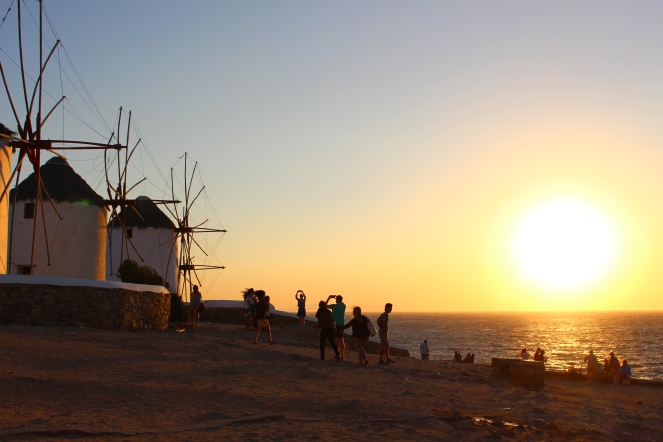 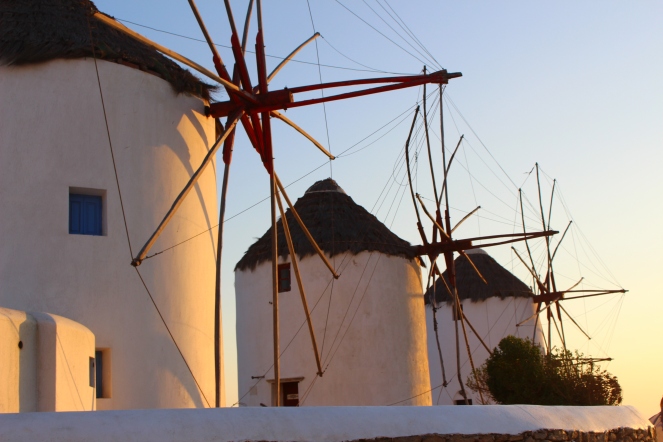 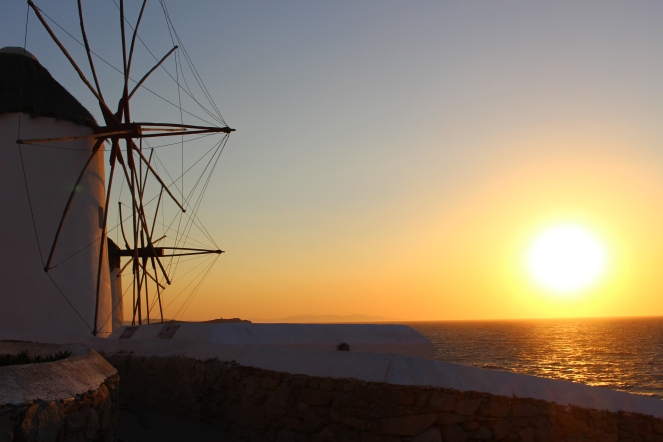 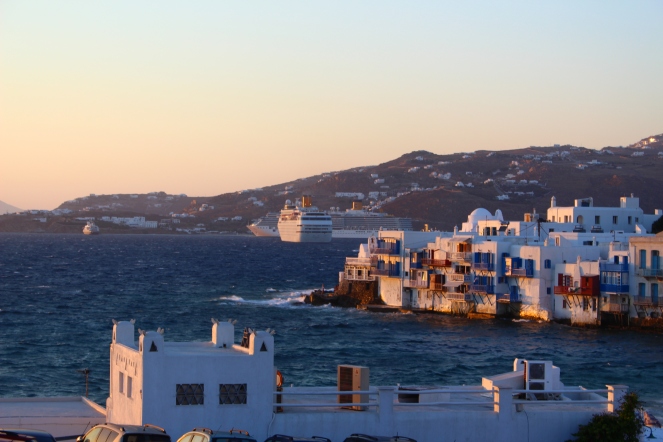 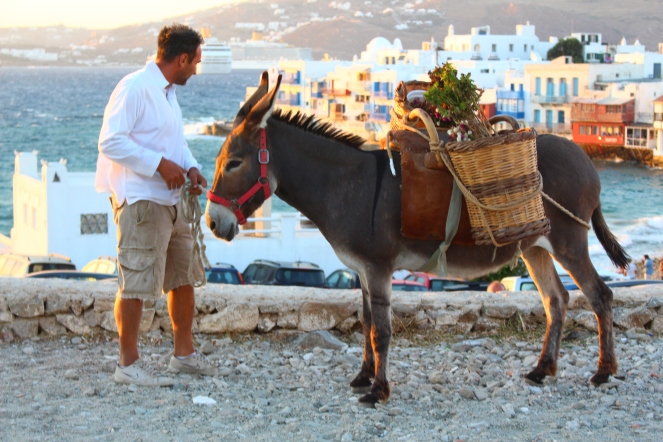 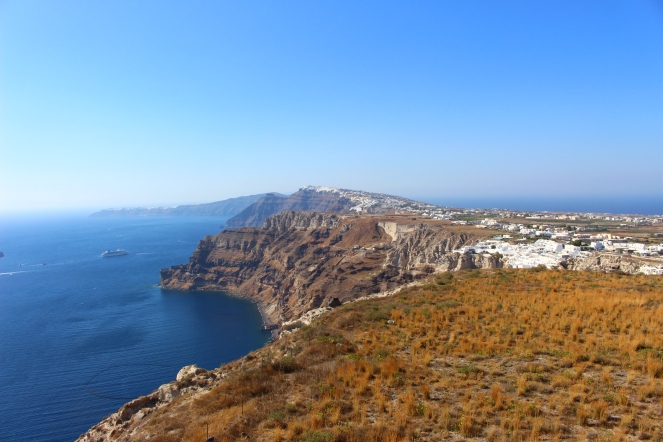 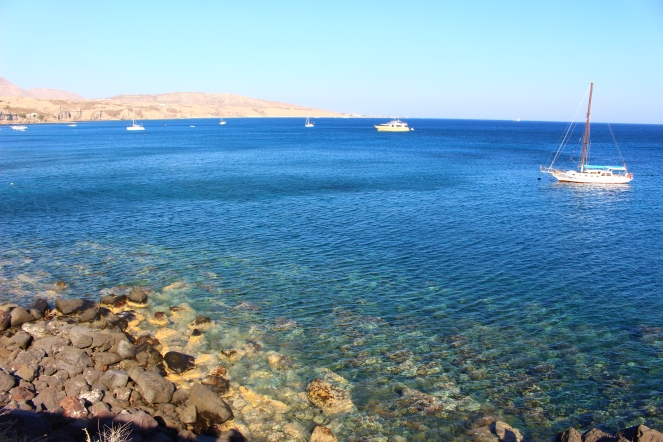 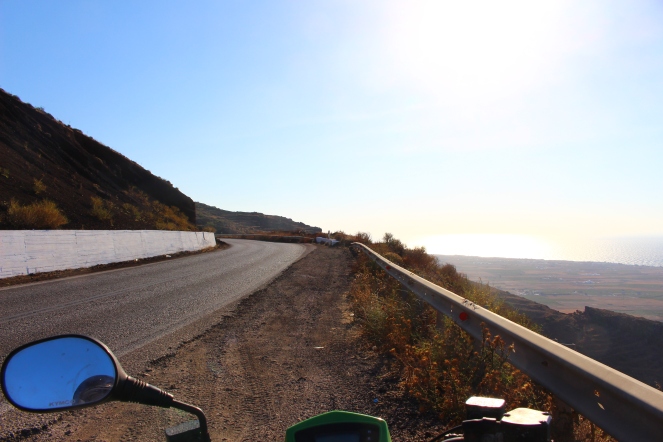 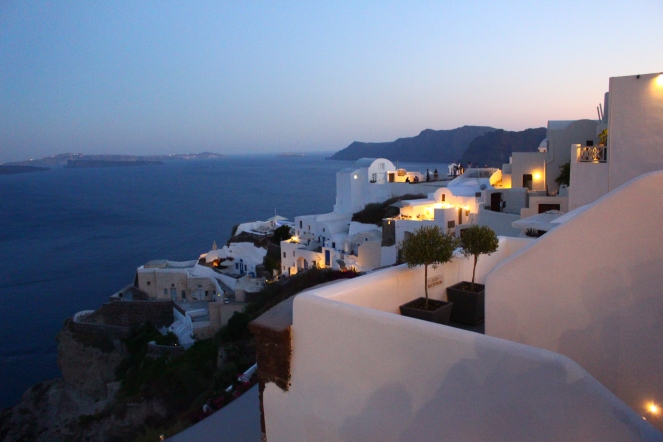 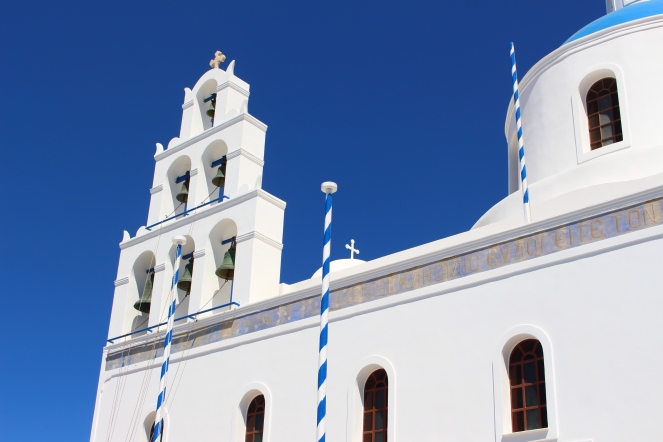 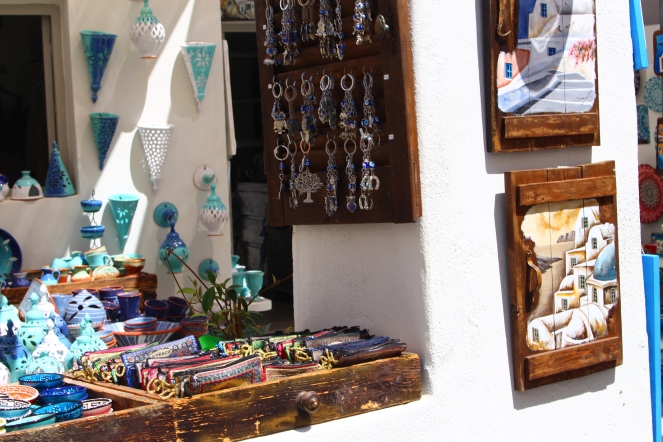 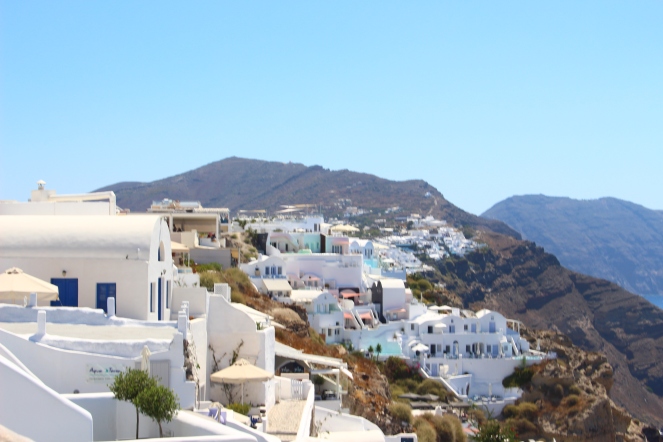